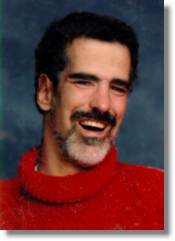 William was born with great ability and determination despite great disability from birth. He was a born leader with great compassion for any oppressed persons. With support from his parents, Lois and James, Bill was encouraged to develop his gift of writing. He learned to communicate and advocate on behalf of himself and others with disabilities. Against great odds Bill graduated with distinction with a degree in Journalism in 1983. Bill wrote for the League of Human Dignity Newsletter, On the Level, as staff writer for many years. He wrote one full length book, Journey Out of Silence, and another book that will be published after his death. Bill married his wife Chris in 1999 after lobbying to change state rules to allow him to marry and still keep Medicaid coverage for medical and disability-related expenses. Bill and Chris designed their own accessible home where Bill died making his own choices to the end.

“I have been living with cerebral palsy all my life and have had to coordinate community resources for a good part of that time, I have ample experience. For the past 15 years I have been serving as a peer counselor for the local Independent Living Center, which is called the League of Human Dignity, Inc. I have provided information, referral and other services to people who experience disabilities and their families. I also have assisted its Public Information Specialists in preparing brochures for public consumption. One, “Write with Dignity,” has been widely requested by the media.

Before I was on the board of directors of Nebraska Advocacy Services, an agency that provides legal services to people with disabilities, I was in charge of producing that agency’s newsletter. Since I have been on the board of directors of the Nebraska Advocacy services, my duties have included being on the monitoring committee for the implementation of service coordination throughout Nebraska and being on the Nebraska Governor’s Council on Developmental Disabilities.

I have been involved with disability issues on both a personal and professional level.

I have enjoyed using my journalistic expertise to empower people with disabilities and their families as well as improving the service delivery system. ” — Bill Rush

Journey Out of Silence: Second Edition A book by William L. Rush 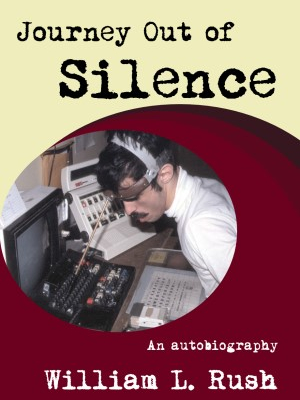 William (Bill) L. Rush chronicled his extraordinary life from childhood until graduation with distinction from the University of Nebraska Lincoln in Journey Out of Silence, first published in 1986 by Media Productions and Marketing in Lincoln, Nebraska. Two printings sold out in the early 1990’s. Used copies have been in continuous demand for over a decade. Journey Out of Silence has been sorely lacking in its availability for far too long. This second edition brings Bill.s exceptional story back into print.

William L. Rush passed away on December 13, 2004. The State of Nebraska described William’s death as follows within the memorial Legislative Resolution 33, “William Rush died at the age of forty-nine after succumbing to pneumonia but not to his disability.” Bill is survived by his wife, Christine (Chris) F. Robinson.

Bill continued to chronicle his life’s journey until he was no longer able to do so. His work is being compiled and expanded in Our Life Our Way by Bill’s widow, Chris. This book is in process. An “Introduction to Our Life Our Way” is included at the end of this second edition of Journey Out of Silence.

Bill’s spirit of grass roots servant leadership within the disability rights movement is kept alive through his words in Journey Out of Silence and through his memorial. Nebraska Advocacy Services, The Center for Disability Rights, Law and Advocacy established the memorial to honor William L. Rush at the time of his death. Donations are used to develop leadership skills among Nebraskans who experience a disability. To continue Bill.s work in this practical way, please donate to the memory of William Rush at www.NebraskaAdvocacyServices.org on the “Give” page.

Anne Fadiman, formerly a staff writer for Life magazine, says in her preface, “The book you are about to read is a testament to all of Bill’s qualities– intelligence, anger, frustration, wit, sensitivity and guts. As a journalist, I find it an impressively professional piece of work… If you have a disability yourself, I hope Journey Out of Silence fires up your most extravagant ambitions… If you are able-bodied, I hope that Bill Rush will teach you, as he taught me, to look at people in wheelchairs as neither better nor worse, neither more admirable nor more pitiable, neither nobler nor weaker than the rest of us.”

Buy Journey Out of Silence through Lulu.com through this link:

Journey Out of Silence is now available in all bookstores by special order, or order online from Barnes & Noble